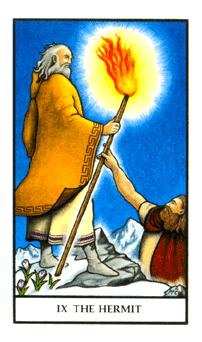 In my last blog post there were references to times when we can make a problem where none exists.  A few days later, I heard a Tibetan Lama give a dharma teaching about the need to give the ego mind a job—a part time job—something to do. Otherwise, since the ego-mind needs to stay employed, it gives itself a job.  It creates a problem to solve where there ‘is’ no problem in the first place.

I could really relate to that simple teaching.  This is sometimes why I like listening to the Tibetan monks—they speak broken English many times but that sort of forces them to slow down and speak in very easy to understand simply ways that are really quite profoundly beautiful actually.

Chanting, of course, is giving the mind a job, but this particular monk spoke about using sound.

I wanted to share a really cool meditation that I did with that suggestion while walking, but first I wanted to write a little bit more about how the ego mind will create problems where none exist.  It can also be what is called unnecessary worry and it follows patterns many times.  I recently watched documentary movie “What the Bleep do we Know” again.  I no longer have cable TV, so I had that movie on my Netflix list.  Of course, I saw it back when it first came out which I believe was 2003 or 2004, somewhere along there.  But watching it again on the heels of the recent dharma teaching and last week’s blog about making a problem where none exist really added that piece about neuron and patterns.

These recent messages from the universe from my experience, the movie and the dharma teaching are all fitting together very well for me and it’s been really synchronistic and personally helpful.

Here’s an example of how that kind of thing about the mind making problems where there are none based on old patterned thinking or wounds can out-picture—another example involving someone else.  A person wants an appointment and instead of just asking for a day and time that works for their schedule and nailing down the day and time, they write 4 or 5 emails sheepishly asking about scheduling a session.  They receive a reply to each question and then end up not making an appointment because of some perception that they have that they are being in some way mistreated.  And all of that is in their imagination and coming from an old way of responding based on a wound possibly but it is at the very least making a problem where there is none.   The person they accuse of mistreating them is mystified and astounded because each question was answered directly without any type of mistreatment whatsoever.

The ego-mind needs more to focus upon; otherwise, it gets itself into trouble by finding a problem where none exists.  All the neurons from past wounds start to fire and the person ends up seeing what is not there actually.

Well, I really wanted to write a few lines about this walk that I took yesterday.  It was a beautiful, sunny spring day.  Instead of plugging my mp3 player’s earbuds into my ear, I chose to walk without music or without an astrology lesson blasting in my ear either.

After I got started, I thought to try the sound meditation that I heard in the dharma talk by the monk who said to give the ego-mind a part-time job to listen to sounds!

Okay, I thought, let’s give it a try.  I already knew that my mind would likely wander but with practice over the years, it wanders less than when I first started to officially meditate back in the 80’s.

I loved the way the monk said that each time the mind wanders it is like a drip of water falling into a bucket when you catch it and bring it back –in this case, bringing it back to the object of focus which I decided was going to be sound.  He said you may end up with a full or overflowing bucket or barrel for as many drips as times that you have to bring your mind back.  The idea is not to fight with it or beat your self up about it.

But this meditation with sound while walking was a little bit different and very enjoyable yesterday.  I thought if I write about it that others may like to try it too.

There were many sounds in the area where I was walking and my mind was very busy with its part-time job chasing after one sound and then next and no other thought or distraction interfered so that I could relax and be fully present.

Once in a while, I realized my mind began to create a story or have a memory and I called it back to the sounds and realized that there goes another drip in the bucket and smiled about it.

I thought it was a great walking meditation in which I was very aware of awareness.  It was quite like I’d imagine the mind of god to be if the mind of god was there listening to the sounds too.

I just pulled a tarot card remembering how I recently mentioned that I am returning the tarot in my blog writing.  I asked what message from higher mind may come from this topic of walking sound meditation.  I smile now seeing that I’ve drawn the card of THE HERMIT.

On this particular card [image above], we see an older man and younger man—the same person who is older and younger.  The older man IS the younger man who knows himself.

The Hermit is the higher consciousness that waits at the peak of our own spirituality.

It is about making contact with the original staff of life which illuminates our inner purpose and earthly goals.

Intuitively, what I am getting the message of THE HERMIT to be (in answer to the question for guidance about my walking sound meditation) is that the inner and outer world is one and the same.  I was experiencing the sounds of the outer world within me during my walk and being in attunement or at-one with life.

I also think that just being fully present (as I was during most of my walk) is being in communication with that cosmic mind or non-local consciousness and that we are receiving energy and information that maybe our lower mind doesn’t realize.  It is busy doing its part-time job that we gave it, listening for and to the sounds.

Being fully present actually is communing with Life which is the communication with The Divine.  You know you’ve done it because you feel more peaceful and happier than before when it’s happening!