Well, it’s one of those days here on Day #22.  I seem to be caught in what feels like “the eye of a storm” as far as progress goes today but it is a little bit of a relief, considering the blazing electric train pace of the past week or so!  I can’t seem to connect with the people by phone for making a reservation and also someone who says they will be here can’t seem to be here when they say they will.  This results in me having down time and puts a kink in the flow so-to-speak.  While I am waiting to “call back in a half hour” to reserve equipment and on stand-by for the someone to show up at the door, I hesitate to get involved in a project.  So, I will blog here in the eye-of-the-storm.  I just realized that I’m hungry but that can wait.

I am asking the universe what I am supposed to know right nor or learn through these delays; however, I must say its a bit delightful not to be rushing about right at the moment.  I honestly do feel like a nice long nap — if truth be told and I’m a truth teller so there it is.

It occurs to me just now that it may be a good time to make a personal inventory and to consider prioritizing a bit with this unexpected down time.  I’m at a place of hurry up and wait if you get my drift.  O, what about if I toss a few coins here?  Let me ask what I should consider or what it is important for me to know right now.  So, here we go….

“The Arousing/51” changing to “Progress/35” … ha, well here we have the guidance that the protective roof of certainty has been blown off.  Oh, how totally true THAT is!  But the good news is the worst will soon be over and there will be an acclimation to the nakedness of the protective roof being blown off.  That has already happened–I’ve seemed to have gone past fear! I get the acclimation reference.  Additionally, chaos around me disintegrates my idealism.  Yes, indeed this is also true for the time being!  Only essentials are remaining in place–all the rest is chaos and this i-ching message is absolutely exactly true for today.  Further it says that a slight retreat is in order while I nourish myself.  Wow, didn’t I just write about how I felt like a nap!?  so right on!

Now Kua 35 called “Progress” indicates that the outlook is bright and all signs point toward increasingly more rapid progress of events.

Well, its time for me to make that call now.  So much for Day #22 except to say that things seem to be ahead of schedule for the most part.  By days 38 through 40, we’ll be home free; at least as far as this particular committment is concerned.

PS– this thing I’m doing, this committment I’m making, believe it or not is taking a lot of courage on my part! It’s a long story, so you’ll have to just trust me for now.

Wow – that image will get your attention won’t it? The image and today’s message is inspired by the I-CHING Kua 51 called “The Arousing” and also “Shock” and “Thunder”. This energy archetype is about movement that is so violent that it brings forth terror, fear, trembling. Yike! Sure sounds a bit like Pluto and Uranus together, doesn’t it? (by the way, both planets are retrograde right now—Uranus goes direct in December and Pluto goes direct in a couple of weeks).

This makes me think of an old teacher of mine. People would come to her telling their tales of woe about personal loss—jobs lost, people dying, cars crashing and deep betrayals. And she’d have this look of magical enchantment on her face and tell them that this is all wonderful. They’d look at her like she’d lost her mind but she’d explain that the events were evidence of the soul moving forward and spiritual progress potentials at hand. She was filled with reverence for the transformational energies manifesting in those people’s lives and she’d encourage that same appreciation within them.

In the Wu Wei Book of Answers here’s something it says about this Kua and today’s cosmic communiqué: “Most people react to shock with fear and trembling, but superior persons do not let shock from their mind effect or change the constant awareness that they are divine creatures in a divine Universe, and that the shock was entirely for their benefit.”

If a person doesn’t “get that”, they remain stuck in a victim mentality and the true meaning of “the arousing” and the shocking event will be completely missed as-well-as the potential success that can come from it.

It goes back to something I write a lot on this blog and that is: either you believe that you live in a universe that is working in your favor and that all that happens contains meaning and purpose or you don’t. And if you don’t, you are stuck in the swamp of complaining and bemoaning your fate.

When events occur, such as 9-11 or Katrina or even her recently visiting cousin, Irene, wise individuals are awed by the forces of nature and use the event as opportunities to examine their life, study whether their affairs are in order, and reflect upon how they have and will live their lives. Many times people find strength and compassion for others that they did not know they had at these times.

I’ve always loved the stories about the animals who know the storm or tsunami or earthquake is coming before their human cousins. They don’t miss the buildup of energy that occurs preceding these events.

If we are more like these animals and remain tuned into the signals of our lives and the universal force of energy, we would avoid the panic and fear at those times.

This Kua makes me think of that movie, “Inception”, with Leo DiCaprio and the wake-up “kick”. I do love that flick! The Universal alarm clock gives us wake up kicks all the time and I’d say that so many outer planets retrograde right now are providing the wind-up needed for that alarm to go off. If the alarm clock goes off and a “shake up that’s a wake up” happens in your life, remember that all that occurs is for our benefit—no matter how it looks! It is up to us to find the benefit of the potential success that can come from it.

These “arousing” times are moments of brilliant illumination and clarity when suddenly everything comes into focus… think: near death experience and that type of thing to get the full meaning here. These are times when we can learn a great deal about ourselves.

Think of a dark night with no moon and suddenly the sky lights up from a lightning strike and for a brief second, everything appears as if in daylight. Will you close your eyes at those moments unwilling to see what is there? Or will you keep your eyes open, stay alert and ‘take in’ what is being shown to you?

Crisis always brings opportunities for awe-inspiring change… remember this next time lightning strikes in your life and think of Kua 51, The Arousing. 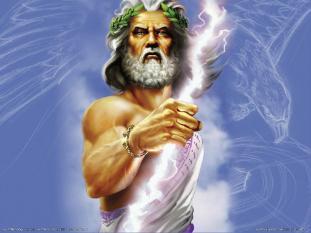 PS.  Jupiter – is the god of rain, thunder, and lightning! And his calling card is the thunderbolt.

As Jupiter goes stationary and then direct, there may be a culmination of energy at that time.

Jupiter will station on the christian’s Christmas Day, December 25th (2011) at 0 degrees Taurus will begin to resume its forward movement on the 27th.