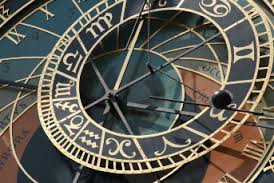 People with natal (birth) planets in CARDINAL SIGNS (Aries/Libra, Cancer/Cap) that are close to 15° in their birth chart are going to be most affected personally by this months intensification of the Cardinal Cross.

I’m one of those lucky folks (rocking my 2nd house); it is the same with my oldest daughter.  In another daughter’s chart, it’s hitting her natal Pluto and NN combo and yet another daughter has the grand cross really affecting the area of her Ascendant; so all of  my daughters are being affected by this grand cross because their natal houses have planets in those signs at those approximate degrees, just like mine.

I have to cringe a bit when other people shrug, smile and say something like, “I don’t think astrology works for me–because in my life things are rolling along just fine and actually better than ever, thank you”.    They probably don’t have natal planets in in those degrees in those signs, but everyone is going to be affected in some way, if not so personally, on a community, city, state, national or global level.

And if your personal life is not deeply affected, it may be affected by someone else’s life who “is” deeply affected personally by this grand cross energy–in which case, you are still impacted in some way. I’ve always admired the way astrologer Steve Forest drives the point home with words.  In his recent newsletter, he wrote:  “Push comes to shove. Breaking points are reached. Crisis reigns. Squares and oppositions are exactly like the sound your engine eventually makes when you’ve decided to ignore the little red oil light on your dashboard. And the reasons are exactly the same: at squares and oppositions, bad behavior catches up with us. The law of consequences reigns.”

I’m not sure its all ‘bad behavior’ like Steven says; but then, he’s more of a master of astrology and myself the apprentice.  I think karmic situations are triggered–certainly and cause us to “work on our stuff” because that crisis energy helps us to see ourselves more clearly.  The cardinal energy is pretty stubborn stuff in our psyches’ and sometimes a bit of a crisis helps to move things along where we may have held on or been resistant.  It can move things along in a very positive way.

Maybe it’s the optimist in me but I can see that’s exactly what is happening in my life–moving things along in a direction that I’d not have (without that crisis push) taken.  But the direction is positive–or that’s how it looks from this point in time anyway.

DESCRIBING THE FEEL OF THE ENERGY:  Cardinal energy goes outward and then withdraws taking two steps forward and one step back and I must say that’s how a lot of energy in my own life has felt–very cardinal!   The energy sort of reaches out for freedom and then steps back for security and containment. AND with cardinal energy there can be a lot of projecting onto others instead of being responsible for one’s own emotions.  Holding other people responsible for one’s own happiness is an example of projection.

Using Steven Forests’ example of the red oil light on the dashboard you ignore right before you “blow a rod” and destroy your engine…. let’s say that if you’re in bumper-to-bumper traffic and somebody else’s light comes on in their dashboard, their engine cuts out and doesn’t restart, you’re going to be affected anyway–maybe not directly, but indirectly.  AND, I might add, in a way that’s in divine order for you too!   The universe is magical that way–everybody gets what they need to evolve in one way or another.

Astrology can be vastly complicated or quite literal and simple.  There’s so much to be said about the dynamics of the Grand Cross and it has been — just Google the term.

I like the way Steve Forest puts it all.  Why re-invent the wheel (especially when I’m supposed to be packing right now–best get at it, chop! chop!)

Therefore, I refer you to Steve’s newsletter for more.