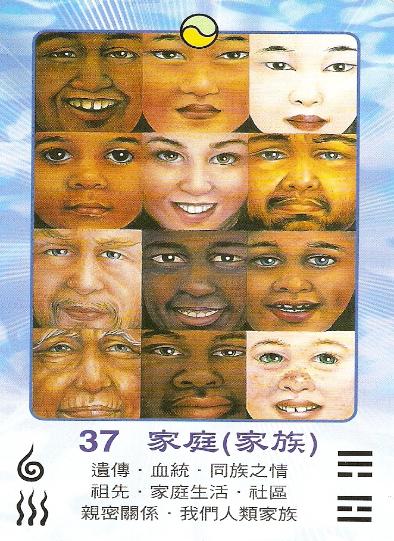 This message is about effective and sincere communication—and hopefully I can do that here in the paragraphs that follow as this divination message unfolds.  And this message is also about FACEBOOK type teamwork that is respectful so that efforts can be successful with each person understanding the importance of their own role.  It’s been a while and it’s time for another blog post—sometimes I seek clarity by turning to a divination method and more often than not it’s been the I-Ching.  I’ve gone through almost all of the Kua’s now and have only 3 more left.  Maybe we can ask to gain some insight and perspective about the current pattern of energy generally speaking.  There’s astrology as a method but I’ve covered a bit of that lately in on my Facebook Wall, so I’ll let that stand and look toward this other divination method now for some wisdom and guidance.  What should we consider about the current energy pattern now and how to respond to it most wisely?

Well, sure enough this does relate to the Sun being in Aquarius now; it’s Kua 37 and has to do with the clan/community/family/ancestry/heredity archetype.  The human family—how we have so many differences but how we are also all alike; two eyes, a nose and mouth even though there are so many other differences.  Focusing on what we have in common—the common heredity; that is how we can respond most wisely to the current energy pattern!  You can apply that wisdom or guidance in about as many different ways as there are stars in the sky—dependent upon the current question or concern of your life.

Ha!  Just look at the image of the Kua 37 called THE FAMILY and tell me that you cannot help but think of Facebook!  Wu Wei’s Book of Answers calls this Kua THE GROUP and indicates the influence of the family or group is helpful as far as enabling you to accomplish more than you could alone.

I’m still marveling at how today’s Full Moon in Leo is triggering the opposing Sun in Aquarius which is so much in archetypical alignment with this Kua 37.   That’s Aquarius energy—the group, the clan.

The current energy is about everyone fulfilling their duties and functioning for the good of the whole with humanitarian attitudes such as loyalty and dedication and sticking with one another during times of external conflict.  Families and clans, after all, protect one another and they share resources.

Sometimes standing apart and separate just simply doesn’t work if we want energy to move forward—we have to think inclusively.  What do you have to offer the world?  That’s what this Kua seems to be asking us to consider.  This is how we can best work with the current energy—to consider this inner question in some way and then respond to it, finding some way to share what is the best that we have to offer in order to play our part well.

Focus on strengthening mutual support now and we can practice this within the home and family unit if not at work or in organized groups.

Honor the opinions of others and respect your own opinion too while at the same time realizing that they will not always match—they’re not supposed to!  The ideal is to find the common ground and build on that.  Blend the male/female energy of both authority and gentleness.

This is the perfect Kua to draw when the Sun is in Aquarius (and conjunct Mercury today no less!) opposing the Leo Full Moon.

“We are all members of one human family. Faced
with constant threats to their survival, our ancestors–
black, red, yellow, and white–developed family and
tribal bonds. Clans, tribes, nations have fought one
another down the ages to protect themselves and
further their bloodlines, customs, and beliefs. Now, as
a species, we have finally reached a threshold: we
can no longer afford to base our relationships on
factionalism and noncooperation. If we remain
entrenched within our collective inheritance of
aggression, fear, and separation, we will bring to a
standstill life as we know it.” –Ma Deva Padma